A Quick Fix for Overcoming a Future Without Jobs 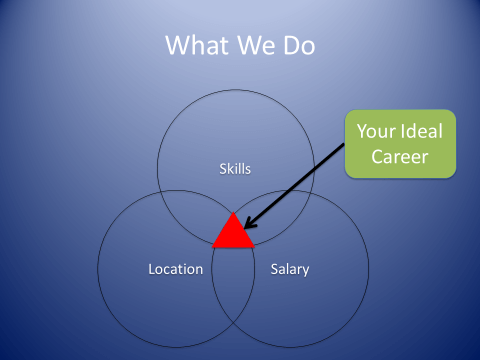 “What to do about mass unemployment? This is going to be a massive social challenge. There will be fewer and fewer jobs that a robot cannot do better [than a human]. These are not things that I wish will happen. These are simply things that I think probably will happen.” — Elon Musk

The rapid growth in Artificial Intelligence is leading to rising chorus of concern about how jobs are being taken away from humans. This trend not only affects people in the current job market but also people about to enter it.

We can’t stop it. But we can adapt to it.

With this mindset, I decided to attend Ireland’s first AI hackathon. It was being held on 18 and 19 February at Trinity College Dublin (TCD) Innovation Academy in partnership with Bank of Ireland, Intel/Movidius, Microsoft and Atlantic Bridge. My core goal was to connect with other AI enthusiasts, learn about emerging technologies such as Augmented Reality / Virtual Reality/Bot /Internet of Things and build a real world use case by applying these technologies.

I formed a team with Joseph Lanzillotta (a business student from Trinity College Dublin) and together we formed a team called “Smart Careers”. We developed the way people search for a job, up skill to further their career and plan their lives.

Today Job searching follows a pretty linear path whereby someone looks at his or her skill set, finds a job they can do, then searches for openings, and only then builds a life around their work. This sadly results in many people who are disappointed in the life they live.

What if we rather start by inputting what we want our quality of life to be and work from there? This would flip the job’s market on its head and that was our challenge.

We compiled data from social media and job sites to develop a real-time understanding of today’s jobs market. We enjoyed learning and trying out other NLP technologies provided by Aylien and Microsoft at the event. However, we did Natural Processing Language (NLP) processing using Python’ NLTK Library due to the shortage of time and familiarity. I must also say the mentors and other participants were very helpful to us. All this resulted in an elegant new method for job searching. Smart careers allow us to start by inputting what really matters to us and uses what it learns from the internet to fill in the blanks to get us where we want to be.

One of the major obstacles we faced was the inconsistent data between varying sources. Social media and job sites have varying formats of presenting employment information. This prevented us in doing some modeling as the models would not have been the real reflection of a job market. There was not enough time to structure the data. Hence, we decided to do some analysis using Alteryx. It was our first time working with Alteryx and received help from Annye.

We wanted to answer how much we will earn if we know a certain programming language. What sort of skills has maximum ROI? With the salary we earn, where can we afford to live? The intelligence gained could be conveyed to us using other applications such as Chatbot or mobile application.

The ability to break down career planning in this way fundamentally changes the way we look at planning our lives and disruption caused by Artificial Intelligence. The ongoing results of continuous learning through social media and job sites will lead to a job market that adapts more rapidly to changes in demand. This could include university curriculum adaptation to training the employees of the future. And most importantly we will have happier employees because their jobs fit their lifestyle and not the other way around.