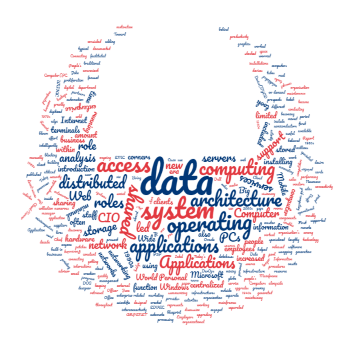 On June 30, 1945, John Von Neumann published the First Draft of a Report on the EDVAC. It was the first documented discussion of the stored program concept and the blueprint for computer architecture. Further, in this period, it was a direct-access architecture with no operating system or remote access and used for scientific computing. There were no software applications.

In this era, it was a centralized architecture with operating system built-in within the hardware. Computers were mostly mainframes and minicomputers. Remote access was available from client terminals. Applications and data were centralized. Applications were designed to function as silos.

IT staff was working in separate rooms than other employees with system interconnectivity minimal at the time. People’s desire to bridge the gaps led to the motivation behind ARPANET.

This decade saw the introduction of the Personal Computer(PC) and had Client/Server architecture with operating system separated from hardware. Application and data were distributed with processing shared between clients and distributed servers. Applications were shared throughout the organisation.

This generation of IT worked in cubicles onsite, often sharing space alongside the users they supported. Most employees were using PCs with Windows operating system.

The role of CIO was an organizational designer or a technology advisor. The typical IT roles at that time consisted of installing and maintaining file and print servers to automate data storage, retrieval and printing. Other business roles included installing and upgrading DOS on PCs. IT support was engaged with network maintenance, PC email support, networking, Windows and Microsoft Office installations and adding memory or graphics cards.

Toward the end of the 1990s, Internet connectivity became the most requested computing resource among growing businesses. Employers worried about productivity and often limited Web access.

Connecting people in a vast and distributed network of computers not only increased the amount of data generated but also led to numerous new ways of getting value out of it using new enterprise applications. Data mining helped in the analysis of data from different prospects and summarizing data into useful information.

IT staff believed in building their own IT infrastructures from components sold by focused, specialized IT vendors such as Intel in semiconductors, Microsoft in operating systems, Oracle in databases, Cisco in networking, Dell in PCs and EMC in storage.

This era is web services architecture with the virtual operating system. While computer networks took IT from the accounting department to all corners of the enterprise, the World Wide Web took IT to all corners of the globe, connecting millions of people. World Wide Web led to the proliferation of new applications which were no longer limited to enterprise-related activities but digitized almost any activity in people’s lives. It greatly facilitated the creation and sharing of information by anyone with access to the Internet. This also increased the amount of data created, stored, moved, and consumed.

Today applications, data and services are distributed. Processing is shared and utilized intelligently within grid-computing or P2P application. Applications are shared between clients, suppliers and external partners.

Mobile and cloud computing is responsible for running the infrastructure. Cloud computing enables on-demand and convenient network access to a shared pool of computing devices such as applications, networks, servers, storage and services that can be established quickly and released with minimal management effort or service provider interactions.

Big data and its analysis are becoming an organisation’s competitive edge. Big data is a collection of data from traditional and digital sources inside and outside of an organization that represents a source for ongoing discovery and analysis.

The role of CIO is business visionary and master outsourcer. Today’s IT job roles include support of Bring Your Own Device(BYOD), introduction of social media for sales and marketing (and the blocking of its access at work for personal use), constant security patches and DevOps automation.