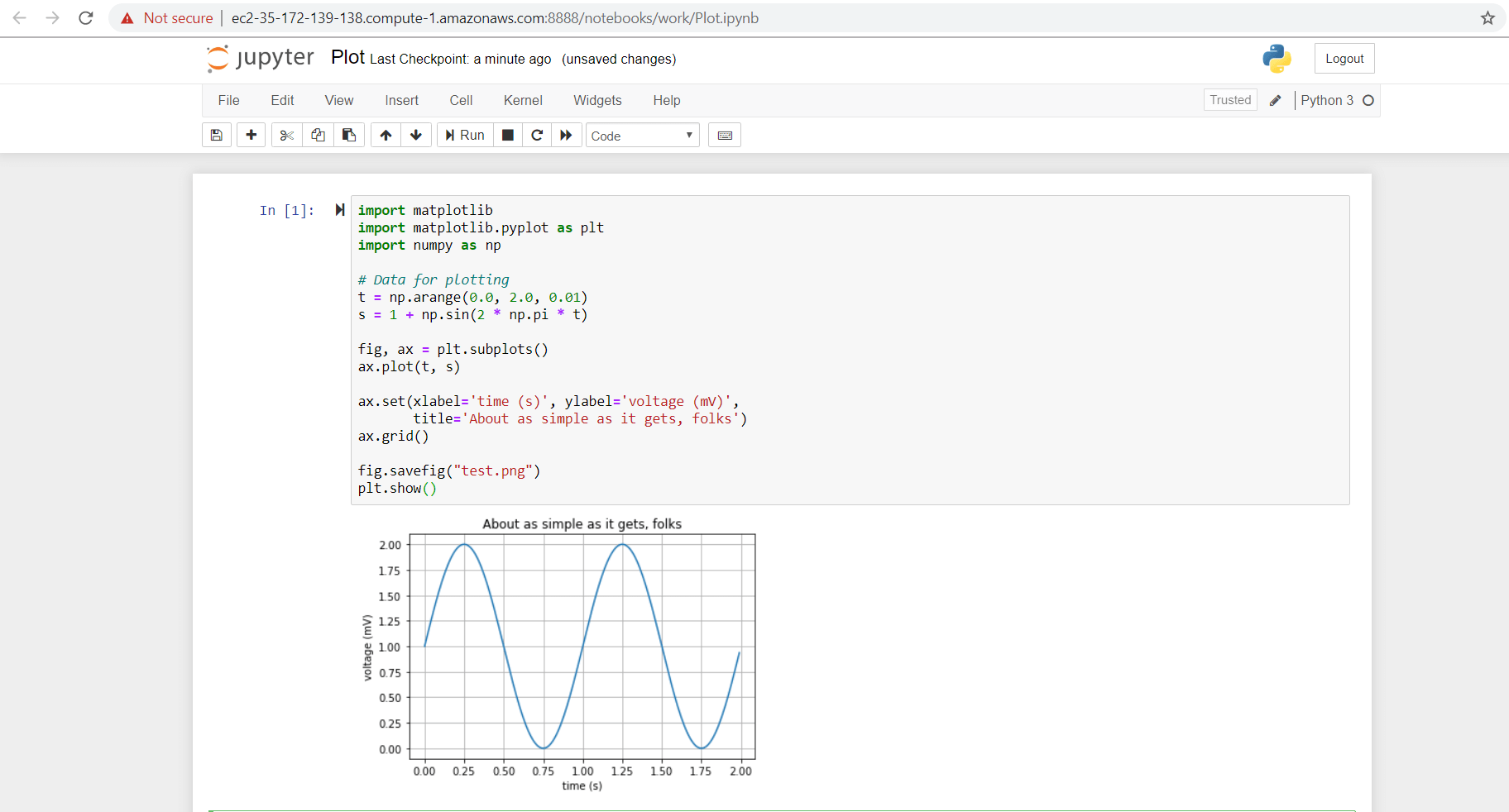 We need an AWS Account to set up an EC2 instance. If you do not have an account please set up to begin. To interface with EC2, we need to configure a Key Pair to facilitate a secure connection to running EC2 instance. We will create an ssh key pair locally and import the public component of the key pair into AWS. From the EC2 Dashboard, access Key Pairs and then click “Create key pair”.

Fill in the details and download the .ppk file for use with Putty. 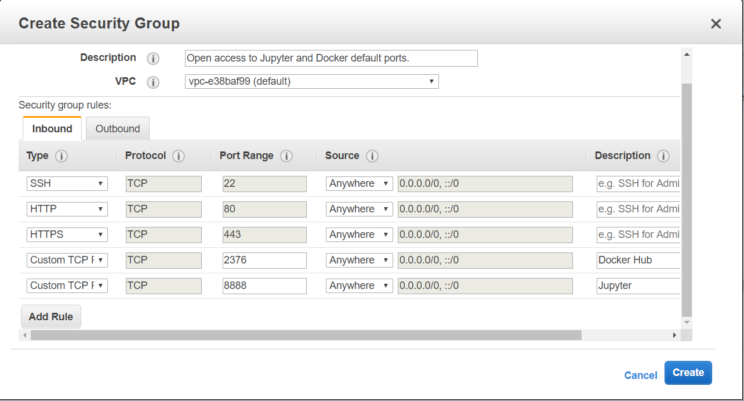 To create a new instance, start from the EC2 Dashboard and click “Launch Instance”.

Click “View Instances” tab to see the new instance running. We need to take a note of the IP address. The format is user_name@public_dns_name. 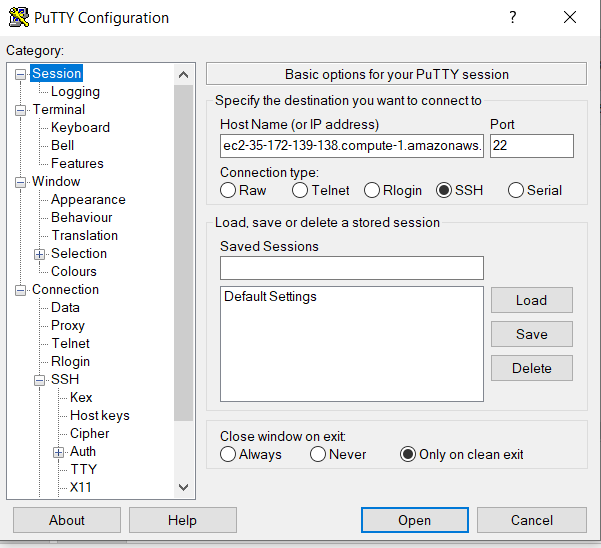 Click on the “+” button next to the SSH field to expand. Then click on “Auth” and enter the name of private key file (i.e. the ppk file downloaded from AWS).

Next, we install and configure Docker using an install script (get.docker.com )provided by the Docker team.  Execute this statement:

Add the ubuntu user to the docker group to allow the ubuntu
user to issue commands to docker without sudo. Execute this statement:
sudo usermod -aG docker ubuntu

Next, reboot to let the changes take effect. Execute this statement:
sudo reboot

Reconnect to the system and check the docker version by executing this statement:

Once we have pulled the image, it is available to us in docker images cache. To run the Jupyter container, execute this statement:

The -p flag serves to link port 8888 on the EC2 instance, to the port 8888 on which the Jupyter Notebook server is running in the Docker container. 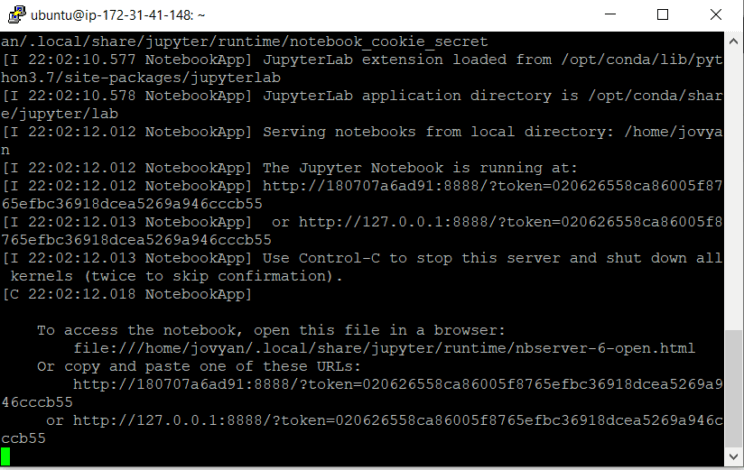 We can access the Jupyter Notebook at the public IP address and the port in the format of user_name@public_dns_name:8888/

The Jupyter server will prompt for a token to ensure not just anyone can access the environment. Execute this statement:

We can copy the token from PuTTY with the mouse. Click the left mouse button in the terminal window, and drag to select text. When we let go of the button, the text is automatically copied to the clipboard. Paste the token to access the token. We have successfully installed data science libraries in a docker container AWS. This allows us to access our stack from anywhere.

Following is just an example of a notebook running on AWS. 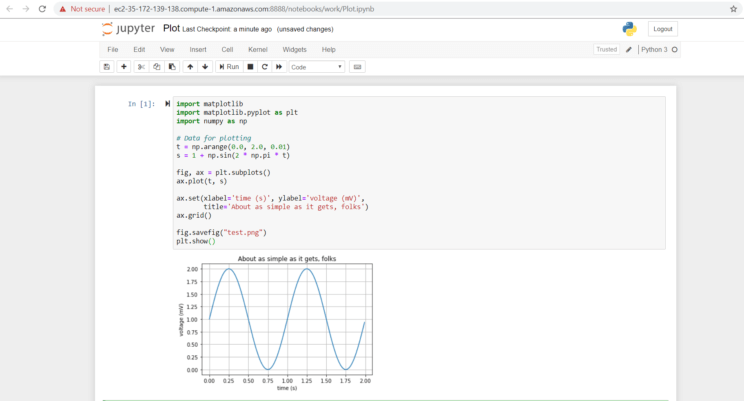 The AWS Machine Learning Framework: A comprehensive guide to bringing models to production