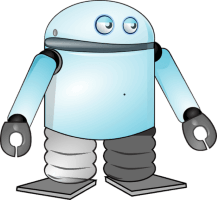 Looking at Machine learning’s current state, it is quite evident that research has progressed rapidly in recent years. For example, Blue Brain project in Switzerland can recreate 10 billion artificial neurons out of human’s 85.9 billion neurons. Cheap parallel computation, an incredible quantity of collected data and better algorithms which organize neural nets into stacked layers have set free the long-awaited arrival of machine learning.

Machine learning’s current state in the physical world include examples such as a self-driving car, autopilot drones that implement dynamic tasks without being hard coded. Machine learning is transforming different fields such as education, psychiatry, banks or elder care. In a virtual world, it manages resources, projects or e-commerce transactions. There is an advancement in conversational user interfaces. Humans can interact with the machines by either speaking or talking to it. Successes such as recognition of cats in YouTube videos or extraction of events in news articles or identification of images that match single phrases are the result of unparalleled investment and building on mature theoretical foundations.

It is still early days for businesses trying to make machine intelligence success. To overcome the difficulties many technologies start in regulatory grey areas for example drone companies are experimenting in the least regulated countries. Some companies stay on the safe side of the grey area. They “fly under the radar” by keeping a low profile and avoid regulatory discussion as much as possible. Others are gathering funds to fight any legal battles or face regulatory hurdles sooner.

However, single restricted domain typifies current artificial intelligence algorithms with human parallel or superior performance. Also, these technologies are not always accurate. Any improvement in know-how requires months of labour, application of various machine learning techniques on a vast data set and immense use of computational resources. In addition, the success rate for some artificial intelligence tasks has reached a plateau. Getting further quality improvement is difficult once such a plateau is reached.  With success rate well below hundred percent, certain tools need a conceptual breakthrough to make advances.

Moreover, now the world’s fastest computer- Tianhe 2 was built for $ 390 million, occupies 720 square metres of space, runs on 24 megawatts of power and has the same brain power as a mouse.

In spite of this, the researchers in artificial intelligence estimate that by 2030 humans will have access to $1000 computer with a brain same as a human level which will work powerfully, efficiently, draw inspiration and innovate. Furthermore, there is an agreement among the expert communities that 2060 is a reasonable estimate for the arrival of superintelligence.