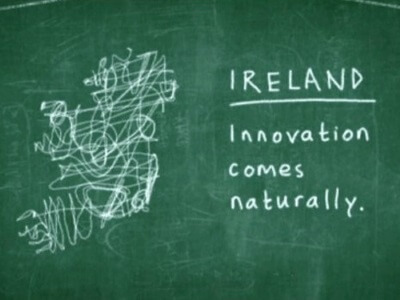 Among the contributions of Joseph Schumpeter to economics was an understanding of long economic cycles, and how these are initiated by “clusters” of innovations (Schumpeter, 1939). Historically, there has been a remarkable coincidence between such clusters and legal changes which improve the protection of information. The institutional change that could stimulate the next long technological cycle is that of protecting innovation directly. Steps to improve Indigenous Innovation in Ireland are as following:

Proposals for DPI in industries where patents work poorly were first made independently in publications by Dr. Hermann Kronz, a Patent Attorney in 1976 and 1983 and William Kinston in 1981. DPI had been applied in practice in the US Orphan Drug Act of 1983, and the British Copyright, Designs and Patents Act of 1988 than used it in its protection of “basic inventions that are obvious”.

There is plenty of evidence that DPI works to fill the gap left by patents. DPI would supplement the existing protection arrangements. It has the great advantage as means of encouraging innovation that all losses are borne by those who hoped to gain from investments at high risk, whereas with other attempts to encourage innovation such as subsidy, these losses are borne by the taxpayer. The introduction of DPI could begin with mechanical and electrical innovations because the patent system works least well for these.

An example is the background of numerous disorders (orphan diseases) which affect too few people to justify the investment which large drug firms must make to produce a profitable product under present arrangements – including the cost of patents to protect them. The 1983 Act empowered the Food and Drug Administration (FDA) to fill this gap by giving an undertaking that it would

not license a competitor for seven years, to any firm which produced a relevant drug, ready for the market. Such an award is a true monopoly since no drug can be sold in the United States without an FDA license. This legislation was so successful that it has been copied in Europe (in 2000) as well as by Japan and Australia.

Orphan drug protection has been spectacularly successful, with a twelvefold annual increase in new drugs and both actual and relative declines in death rates from the diseases they treat, over the first 20 years of its existence (Grabowski, 2005). The lesson that can be drawn from these figures could hardly be clearer: appropriate protection results in more innovation.

The important features of DPI that differ from patent system are:

An Irish government can only legislate for the Republic, where the market is likely to be too small to provide a launching pad for significant innovations. For increasing indigenous innovation in Ireland, any investment made under DPI in Ireland could also count on being immediately protected in the much larger market of the UK because of the happy coincidence that a form of DPI already exists in the UK through its 1988 legislation.

British functional design protection is a form of DPI, and its novelty criterion is being interpreted by the courts in very much the same way as that proposed for DPI in Ireland. From the Irish point of view, what is important is that this British protection could be an automatic extension of a DPI regime in Ireland. It would even protect ideas which originated outside either country, but which were being innovated in Ireland under DPI, because of a provision in the British law that where a new design has been made abroad, the right belongs to whoever first markets it (or the product which incorporates it) in the EU.

Adopting the US SBIR system

The current European equivalent of the US SBIR system provides funding for 70%, requiring the owners of small firms to invest the remaining 30% of the firm’s capital. This is counterproductive as it reduces the incentive to pursue and develop the innovation. A firm that does avail of the European scheme and is not successful with the innovation will be less likely to try again. This is a very costly lesson to learn and could put strain on the firm’s finances. Whereas with the US system, 100% is awarded (up to $150,000 in the first 6 months). As an added compensation 7% of this does not have to be accounted for.  For firm’s this is a much more attractive and reduced risk venture. Repeated applications are actively encouraged by this system and with little negative consequence faced by the innovating firm, they are much more likely to do so.

Changing the way in which innovation is protected

Rather than protecting intellectual property based on time, it could be done based on the cost of the innovation to the firm who developed it. Many inventions can be developed along many different trajectories. This can lead to quicker innovation with many different approaches being used on the same basic idea. Granting exclusive rights to an invention can slow this kind of innovation. Instead of competitors developing the original invention they spend their resources inventing around the patent.

When looking at steam power development, Boulton & Watt who believed the future was in low-pressure steam held back innovation in this area because their competitors could not explore high pressure steam power. If the protection was granted based on a financial basis rather than time, competitors could simply license the protected invention to develop however they please. They would also be less likely to risk infringing on a patent (which could potentially be very costly), when they can simply purchase a license at a relatively low cost. Financial based protection could also ensure that the invention is protected when it is required, a time-based patent could simply expire before it is invested into.

By reducing the cost to resolve intellectual property disputes, would allow a level playing field and aid small firms protecting their interests. As it stands the potential cost involved in litigating these types of disputes is enough to allow large firms to infringe on intellectual property protection. The fact that a large firm breaching this protection can simply turn to the smaller intellectual property owner and say ‘sue use’, knowing that they cannot afford the potential litigation proceedings shows a major flaw in the current system. Reducing the costs will allow such firms to exercise the protection they have been legally granted. An example is the Intellectual Property Enterprise Court (IPEC), a junior branch of the system dealing with IP cases in which the trial will last two days or less. The IPEC has its own procedure where the judge is highly directive, and lays down strict timetables. Time consuming matters like document disclosure and cross-examination of witnesses are all tightly controlled. On the financial side, there is an upper limited for costs recovery, set a maximum of £50,000. There is also limit of £500,000 on damages recovery. This court has proved attractive to its customers. It has been a success. This to me is a more just approach and would have major benefits for the intellectual property owners. This could mean the larger firms having to pay licensing fees and assist the firm who developed the original innovation.