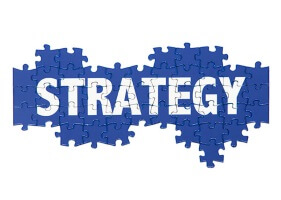 According to Barlow and Li (2007), the three key factors influencing the emergence of disruptive technologies and applications are as follows:

The advancement of information and communications technologies (ICT) has acted as a primary driver of innovation. The past 60 years have seen huge advances in technology, from scheduled tasks run on mainframes, through to time-sharing, networking, the Internet and ubiquitous computing. Each major breakthrough has led to explosive growth in the number of potential applications for these systems, with many incremental innovations and improvements improving and refining the larger breakthroughs (Barlow & Li, 2007).

As stated by Clayton Christensen in an address to the Saïd Business School at Oxford, drops in price of computing hardware can be correlated to expansions into new markets. As computing technology matured, and the size of computers shrank, from mainframes to minicomputers, and then on to desktops and smartphones, the cost of a computer dropped by several orders of magnitude. With each reduction in cost, the potential market for computers grew, leading to new, innovative uses for computing technology. New sources for innovation can be expected with the continuing advancement of always-on networking, and the prospect of computers becoming truly ubiquitous.

The second key factor is the change in the industrialised world from a manufacturing to an information economy (Machlup, 1962). Many organisations have identified the potential for increased wealth creation through the processing and handling of information, rather than the manufacture of physical products. The workers processing this information (termed “knowledge workers” by Drucker in 1959) are a separate and distinct group from manufacturing or agriculture workers. Their tasks are highly specialised, and require the non-linear processing of information. Since these workers deal primarily in information (which can be readily digitised), routine tasks can be automated. With increasing automation, knowledge workers become more productive, especially since the advent or worldwide networking allows them to apply their skills in a global marketplace.

The next stage of this is a so-called “network economy” (Kelly, 1997). Kelly argues that the rise in information is insufficient to explain the developments in modern economies, and that it is the “reconfiguration” of information (driven by the Internet) that has led to these advances. Similar views have been expressed by Don Tapscott; he speaks about how the potential for opening up communication to a wider audience leads to unforeseen advantages and innovations.

Since the development of ICT systems has become the backbone of commerce within the developed world (Carr, 2004), the role of those responsible for these systems has attained greater responsibility. This has led to the rise of the CIO – a C-level executive with responsibility for driving innovation and business change through the medium of IT. Since generic IT itself “doesn’t matter” (Carr, 2003), an organisation will need to innovate in its use of IT to obtain an advantage over its competitors. Since IT is so strongly integrated within organisations, the role of the CIO can be seen to encompass a strategic scope, rather than just the implementation and maintenance of industry-standard software solutions.

This innovation extends to the level of enabling an innovative business model through the use of IT – this allows for disruptive innovations in business processes and models that can overturn the established players in a marketplace.

Analysis of Strategy of Disruption

The “Strategy of Disruption” is a theory developed by Professor Clayton Christensen (1997), which provides a framework for organisations for identifying potential emerging opportunities and challenges in the marketplace and adopting the appropriate strategic solution.

Christensen states that there are two types of innovation:

Low-end customers have to pay more for these new features that they are not interested in and they will never use.

As a result, there are three types of disruptive innovations:

An organisation that enters the market aim to attract the low-end customer from the established company by creating a less rich in features but cheaper, more convenient and simpler product.  Subsequently ,the new entrant company will focus on including the high-end customers as well (by improving the product/service), trying to put the established company out of market (Amazon.com).

An entrant organisation might try to enter the market by attracting non-customers of a product and service first (creating a new market), and then aim to include the low-end customer from the established organisation. The next step will be to get the high-end customers as well (eBay).

This strategy involves high-end customers. The new product or service will be created and sold at a premium price, aiming at getting only the most profitable customers of the established company (iPhone).

It is interesting to say that once a company, through disruptive innovation, force another one out of the market; it becomes at risk of being challenged in the same way by a new entrant.

Christensen suggests that organisations should pay more attention to their mainstream customers (low-end) by having an autonomous business unit that can compete with new entrants.

Christensen posts a set of questions that act as a litmus test on disruption:

— Is there a large population of people who historically have not had the money, equipment or skill to do this thing for themselves?

— Are there customers at the low end of the market who would be happy to purchase a product with less (but good enough) performance if they could get it at a lower price?

— Is the innovation disruptive to all of the significant incumbents in the industry?

However, I believe Christensen’s second theory of disruption – low-end disruption is flawed. It presumes that the buyers are rational. Buyers can have widely different motivations, susceptible to advertising, lack of product knowledge, fall prey to the need for instant gratification, etc. Not every attributed that matters can be documented and measured. An example is Apple’s iPhone which sells despite Androids mobile phones available at cheaper prices.

How has the digital economy impacted business strategy?